The biggest business rate change of the generation is being experienced by entrepreneurs and this is giving many sleepless nights according to the first revaluation. Business rates figures are derived from the property’s rental value. Firms in London are being largely affected by this revelation, though much impact is not felt in the north and midlands. The rates changes are likely to come into force from April, 2017 and this includes increase in the rates relief by £12,000. According to the revaluation done by the Valuation Office Agency (VOA) the rentable will not be the same.

The VOA set new rates for 2010 after collecting data from 2008, now the revaluation is based on 2015 figures and the rentals have increased drastically since then in London. According to the report by Colliers, a real estate agent, the winners and losers were predicted. Accordingly, the losers will be from the central London while Dover Street located in Mayfair gains with 415% increase. Places like Hammersmith and Brixton are likely to experience spikes. Similarly places outside London like Winchester, Oxford and Brighton may experience rate hike.

A report says that the 2017 revaluation will bring about a great change in the rateable value. The businesses are not prepared for the consequences, informs the report. The business rates are expected to grow above a quarter after the revaluation and it could be somewhere between £45,000 and £57,000 per year. It is also felt by the business community that the higher rates and taxes may affect the way their clients are charged. This could lead to a less competitive market and ultimately losing edge to offshore businesses to economies like India.

Meanwhile the government is defending by claiming it is cutting down on business rates to update the system. Moreover, it says that 3/4th of the businesses will not experience any change and over 600,000 companies to have rates slashed fully.

Read Also: Netflix Is Expected To Hike Rates By 80%, Watch Out For More

Politics is an all time interesting subject for people who follow the politics religiously. Before the elections, the political scientists were wondering about how the citizens will get affected by the regular debates and heated arguments. We all wonder what how politics will be an interest of someone. To everyone’s surprise, the sector which enjoys politics to the core is the younger generation, without any doubt.

Different people have got different views about politics, which is a fact. The young generation spends a good amount of time in the online political declaration for knowing the fact that how the disagreement of the other people affects their political affairs. During the mid age itself, the views of politics start to change for the adults and during this age, they develop political habits which will last for their entire life.

To know the similarities between political participation and political disagreement a survey was conducted which provided a sample response of more than 2500 individuals and a lot of variety questions about political and social behavior. After the survey, it was studied that the youth have issues with face to face debate or political arguments and this is the cause where no one is interested in being part of a traditional political meeting. Studies showed that more than 90 percent was interested in online political involvement more than face to face debate. However, these steps do not discourage young generation interest in politics either online or face to face.

Read Also: Finally, Workplace Gets A Thumbs Up 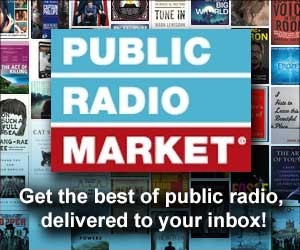